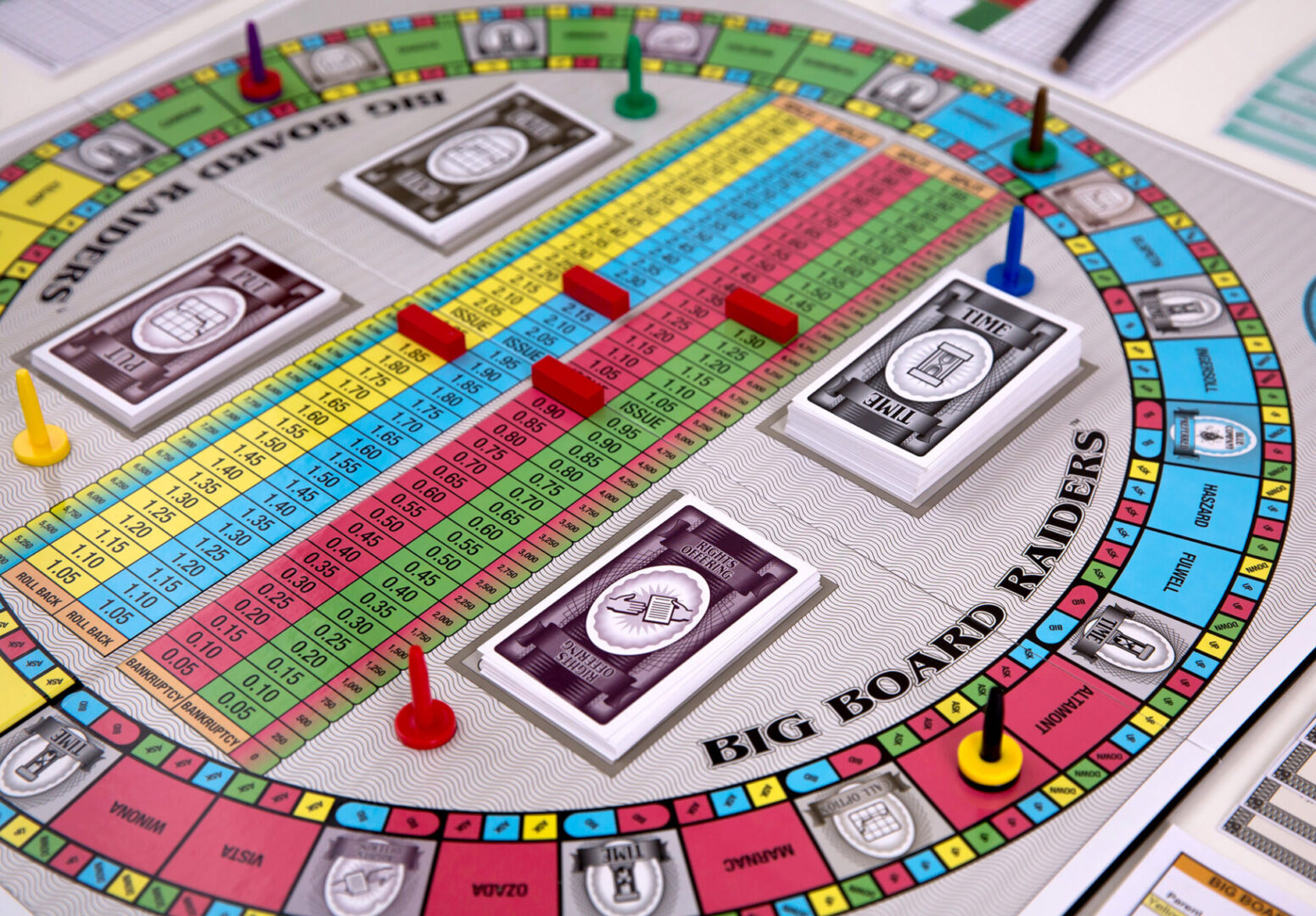 The market value of each company’s shares is recorded on the “big board,” in the center of the playing board, and their values change with each player’s turn and with what they buy or sell so that when it is not a player’s turn, each player’s wealth is still being affected by the actions of the other player’s turns. A player builds on their initial capital so that once they acquire an escrow directorship they can raid that company and declare themselves the winner.

If your concept of the stock market is to “buy shares low and sell them high”, you will be able to play this game to completion and possibly win. However, the player who can diversify their approach and use the other available investments has a better chance of growing their wealth faster, but should not feel compelled to cash in on everything in the beginning.

While growing wealth is one part of the game, another is to make your move to gain control of a company before the other players realize what is happening. This involves strategy, timing, and sometimes deceptive behavior. In Big Board Raiders, talk is a big part of the game, and making deals to promote or gang-up on other players is part of it too. Backstabbing, however, when the time is right, is also an inevitable strategy.

Supported by Shopify return policy,Shopify will return any of our products- no questions asked within 30days of purchase we even pay return shipping.

Do you ship oversees and to P.O. boxes? Expand

Fulfillment by Seller shipping to the U.S. and Canada

Do you have customer service? Expand

Fulfillment by the Seller for customer service.

1. Unboxing and other Setting Up

2. Introduction to Big Board Raiders Mechanics